The Indian Rock House Cave (or Edgemont Shelter) in Fairfield Bay is a “must see” bucket list adventure in Arkansas!

I have heard of the Indian Rock House Cave in Fairfield Bay but, until a few days ago, I had never seen it for myself.

To be honest, pictures just don’t do this cave justice. I could not believe how massive it was.

The trail starts in the parking lot of the country club. We found a nice shady spot to park and grabbed our bottles of water.

At the trailhead is the Old Log Cabin. After reading so many Little House on the Prairie books, this was an interesting cabin for our kids to see.

The cabin itself was locked but we peered through the windows and enjoyed the front porch before we began our hike.

The trailhead has a painted sign that makes a great photo opportunity!

If you don’t take a photo by the sign, how will you prove to your friends that you were there?

The beginning of this hike is a series of stairs. If stairs aren’t your thing, you won’t want to attempt to see the Indian Rock House cave from here.

You can also access the cave from the golf course. So, if you are a golfer, you will pass right by this huge cave.

This is a very short hiking trail. In fact, the entire loop is less than a mile.

*If you like hiking loops best, you won’t want to miss this: 5 [INCREDIBLE] Arkansas Hiking Loops for People Who Love Sandwiches

While walking to the Indian Rock House Cave, you will have the golf course on your left while the right side is all cliffs and boulders.

About halfway down the trail is a large boulder that looks like it slid right off the cliff above. The hole under it is big enough for an adult to crawl through.

Right after we passed that boulder, we came upon the first cave on the trail.

It’s difficult to tell from the photo but it’s very large! We decided to go in but right before we entered, several pigeons abruptly few out and caused us to scream!

After that, my kids refused to enter but my husband gave it a try. I’m sure it made a great shelter for someone at one time.

After you pass this first cave, you get your first glimpse of the big boy.

There is a plaque on the right side of the cave as you head down the stairs toward the giant opening.

“Current scholarship on De Soto’s route says that this is not true. De Soto did not visit the heart of the Ozarks, only getting as close as Batesville in the east and the Arkansas River Valley near Fort Smith in the west. However, the shelter is no less interesting as a site because of this.  After all, the history of the place extends back almost 8,000 years.” –source

Interesting fact: “De Soto died in 1542 on the banks of the Mississippi River; different sources disagree on the exact location, whether it was what is now Lake Village, Arkansas, or Ferriday, Louisiana.” –source

If you walk out near the golf course, you can get the full view of the Indian Rock House. Just imagine riding out a storm in there. It would be a beautiful place to watch the rain fall.

While you’re out near the golf course taking in the view of the cave, be sure to look up at the trees that are growing on top.

With all of that rock, I wonder what the trees are rooted in!

Once back inside, walk to the back of the Indian Rock House and you will find a smaller shelter with rock steps leading up to it.

I think this would make a fantastic tornado shelter during all of our Arkansas tornadoes!

At the back of this smaller shelter is an area that looks like it is a natural spring.

A unique part of this cave are the Indian petroglyphs.

Near the petroglyphs, is a plaque that explains the art and where to find them and it also gives excellent information about the cave.

This historical point of interest is a bluff shelter 122 feet wide, 90 feet high and 100 feet deep. Of the 190 sites in Van Buren County, this is the 6th site recorded. Arkansas Archaeological Survey refers to this site as 3VB6. Excavations by archaeologists indicate that Native Americans living in small groups used the shelter from as early as 1000 BC. In more recent time, Caddo, Cherokee, Choctaw, Osage and Quapaw Native Americans were known to have traveled Arkansas. In terms of sheer size, the Indian Rock House Cave has been described as the most extensive and accessible rock art sites in Arkansas.

If you look closely, you will see the diamond shaped patterns. There is also a stick figure though it is more difficult to see due to the moss.

Finally, there are two circles that each have seven sun rays.

The meaning of these carvings in unknown but it is believed that they could be ceremonial or indicate a “horticultural society.”

These petroglyphs are very high up on the cave wall which made me wonder how they were carved. Then, I found this…

“In 1969, the Indian Rock Cave/House was sold by the owner Hobart Hooten to Fairfield Bay. At some point, possibly to protect the glyphs by putting them out of reach, the floor of the cave was lowered ten feet. Inadvertently, many artifacts were destroyed. It remains, however, a masterpiece of nature. It is listed on the National Historical Registry.” –source

Note: In case you are wondering, a petroglyph is a carving or inscription on a rock. This is different than a pictograph that is usually painted on a surface.

After all of that exploring in the summer heat, we were ready to head to the Cool Pool.

We decided to go back the way we came instead of making the full loop.

The walk back up was a little more difficult with little ones because of the steps but we made it!

By the parking lot, you will also find a museum.

“The Log Cabin Museum was built in 1976 as the Bicentennial Project for Fairfield Bay.

Contents of the Museum range from fashions and jewelry from the past, stuffed local birds and animal specimens, a colonial American flag, an arrowhead collection, dolls, quilts, and communication devices from the “olden days.” A Metaces and Mano (Mortar and Pestle) were found on the golf course and have been documented to be around 4000 years old.

There are also many artifacts and historical papers chronicling the history of this area from prehistoric times through the centuries of Indian habitation to the present.” –source

All About Arkansas September 23, 2021 No Comments
Sugar Loaf Mountain Island Trail is a unique and adventurous hiking trail in the middle of Greers Ferry Lake. While on a vacation in Fairfield Bay …
Read More 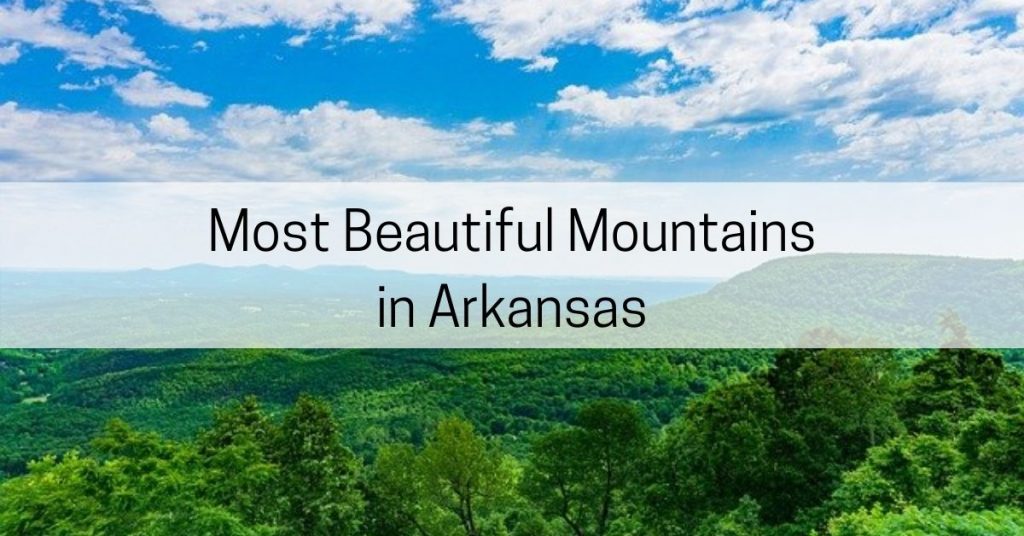 The 4 Most Beautiful Mountains in Arkansas

All About Arkansas August 5, 2021 No Comments
Though our mountains are shorter than most, Arkansas has many beautiful mountains and valleys that make the Natural State breathtaking. Arkansas is known for its hill …
Read More 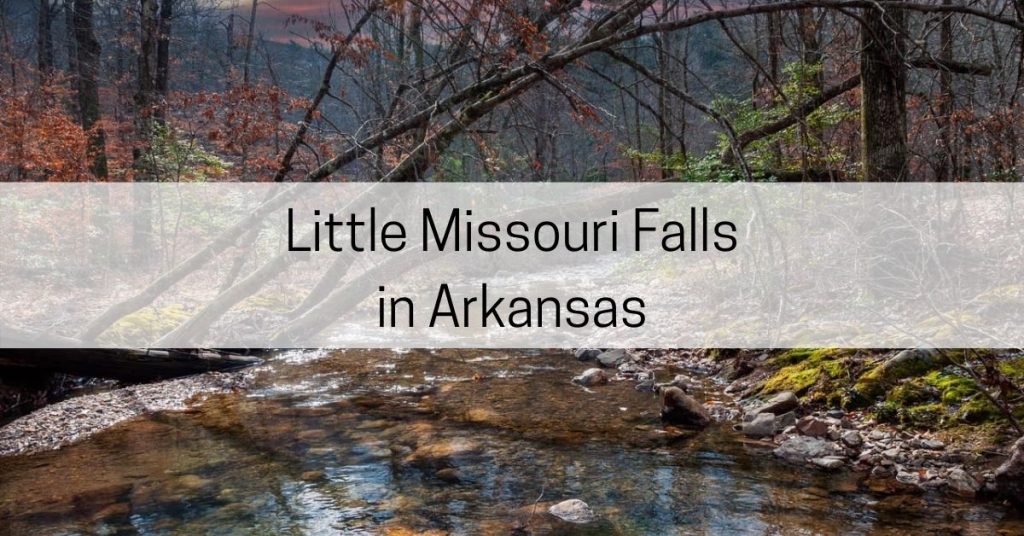 All About Arkansas June 24, 2021 No Comments
Deep within the Ouachita Mountains of Arkansas you will find the beautiful Little Missouri Falls. The Little Missouri River begins in western Arkansas southeast of Mena …
Read More 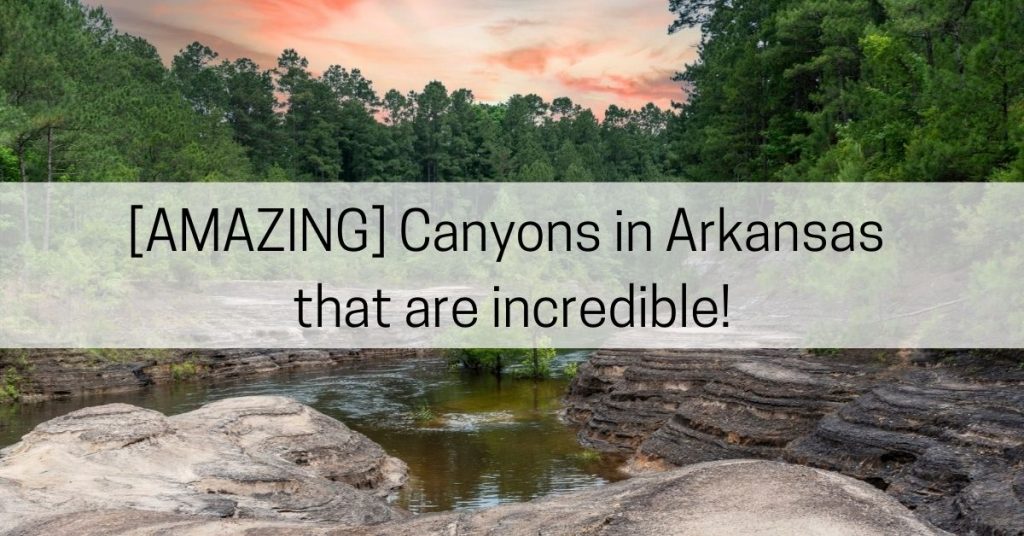 6 [AMAZING] Canyons in Arkansas that are incredible

All About Arkansas June 21, 2021 No Comments
There are over six beautiful canyons in Arkansas that make great hiking trips and photo opportunities. When many people think about canyons in the United States, …
Read More 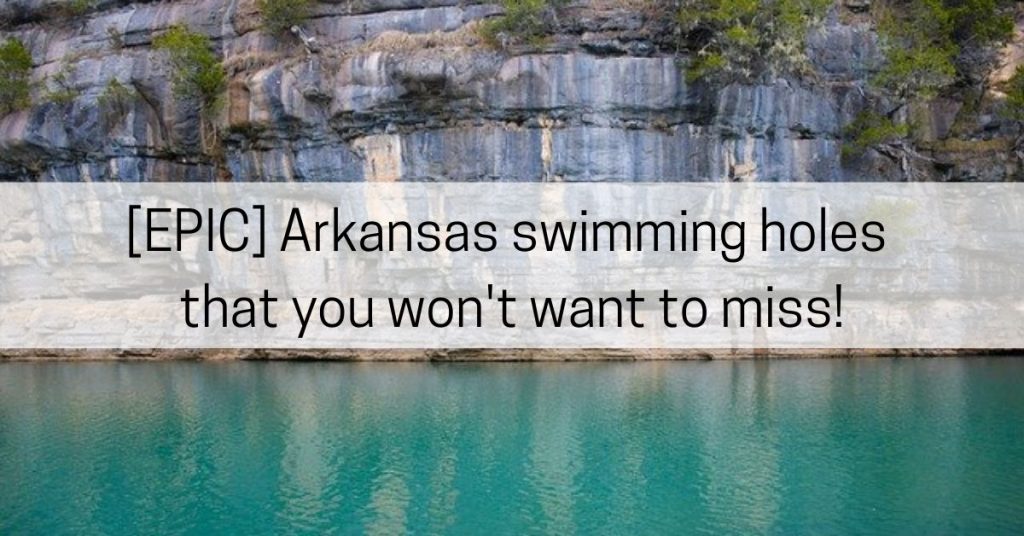 13 [EPIC] Arkansas Swimming Holes that you WON’T want to miss!

All About Arkansas June 17, 2021 No Comments
There are many great swimming holes in Arkansas but these 13 are EPIC. Arkansas swimming areas like the Buffalo River, Greers Ferry lake and Cossatot …
Read More 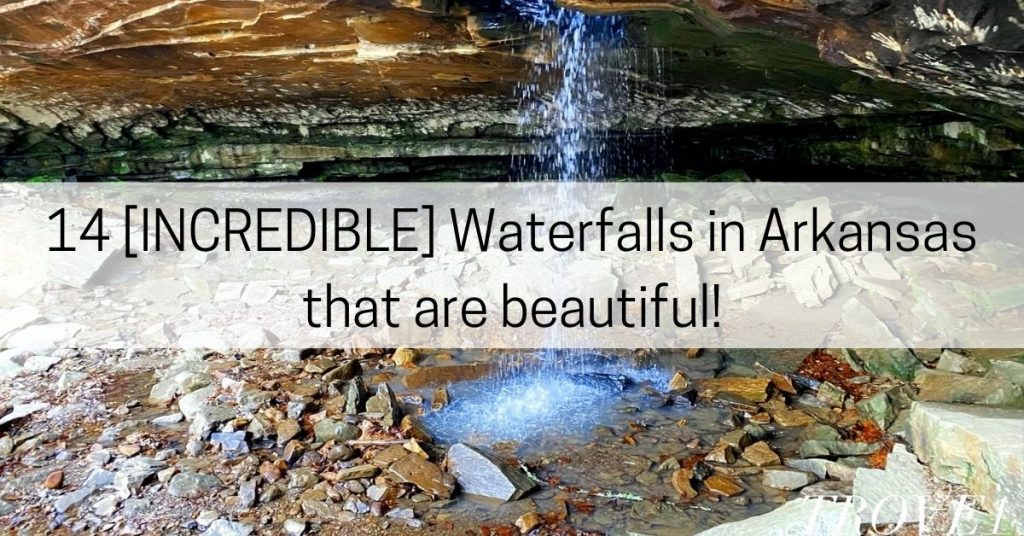 14 [INCREDIBLE] Waterfalls in Arkansas that are Beautiful

All About Arkansas June 12, 2021 No Comments
Arkansas has many great waterfalls throughout the state with many of them having easy walks to the falls. Nothing calms your nerves and resets your mind …
Read More